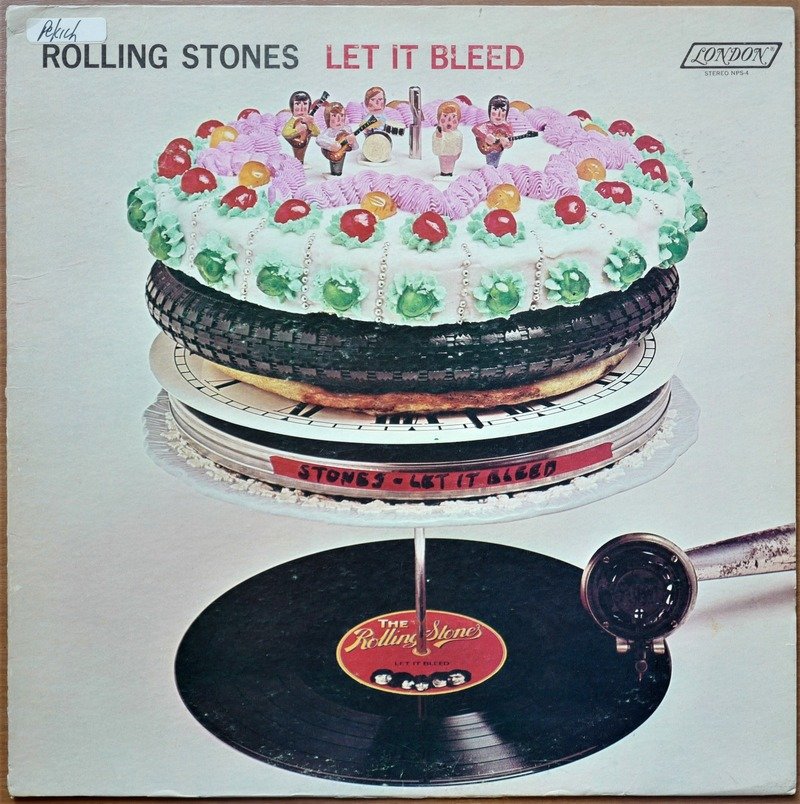 "Let It Bleed" is the eighth British and tenth American studio album by English rock band the Rolling Stones, released in December 1969 by Decca Records in the United Kingdom and London Records in the United States. Released shortly after the band's 1969 American Tour, it is the follow-up to 1968's Beggars Banquet.

The album was recorded during a period of turmoil in the band, as Brian Jones, the band's founder and original leader, had become increasingly unreliable in the studio due to heavy drug use, and during most recording sessions was either absent, or so incapacitated that he was unable to contribute meaningfully. He was fired in the midst of recording sessions for this album, and replaced by Mick Taylor. Jones appeared on this album on only two songs, playing backing instruments, and would die within a month of being fired. Taylor had been hired after principal recording was complete on many of the tracks and appears on only two of the tracks as well, having recorded some guitar overdubs. As such, Keith Richards was the band's sole guitarist during most of the recording sessions; being responsible for nearly all of the rhythm and lead parts. The rest of the Stones, Mick Jagger (lead vocals), Bill Wyman (bass guitar), and Charlie Watts (drums) appear on nearly every track, and significant additional contributions were made by percussionist Jimmy Miller (who also produced the album), keyboardists Nicky Hopkins and Ian Stewart, and numerous other guest musicians.

The album charted as a top-ten album in several markets, including reaching number one in the UK and number three in the US. While no highly-charting singles were released from the album, many of the album's songs became staples in Rolling Stones shows and on rock radio stations for decades to come, including two gospel-infused songs "Gimme Shelter" and "You Can't Always Get What You Want", both of which ranked highly on retrospective "best ever" songs lists, including 2004's "500 Greatest Songs of All Time" by Rolling Stone magazine.