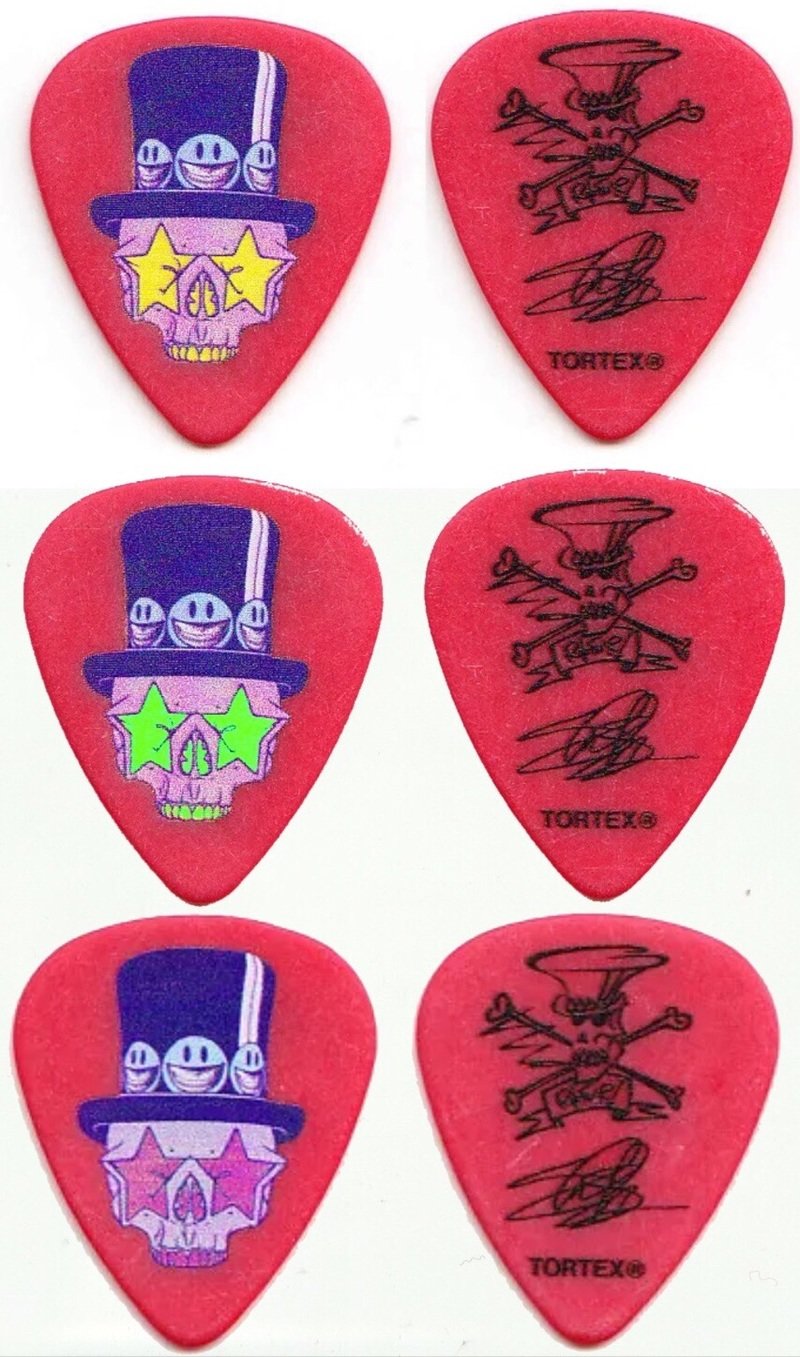 Slash ft. Myles Kennedy & The Conspirators released their new album Living The Dream on September 21, 2018 and They are heading out across the US and Canada on “The Living The Dream Tour”, started with the show at infamous The Whiskey A Go Go, Los Angeles, CA. on Sept. 13.

Here’s the Guitar Picks of Slash for the Tour Use.