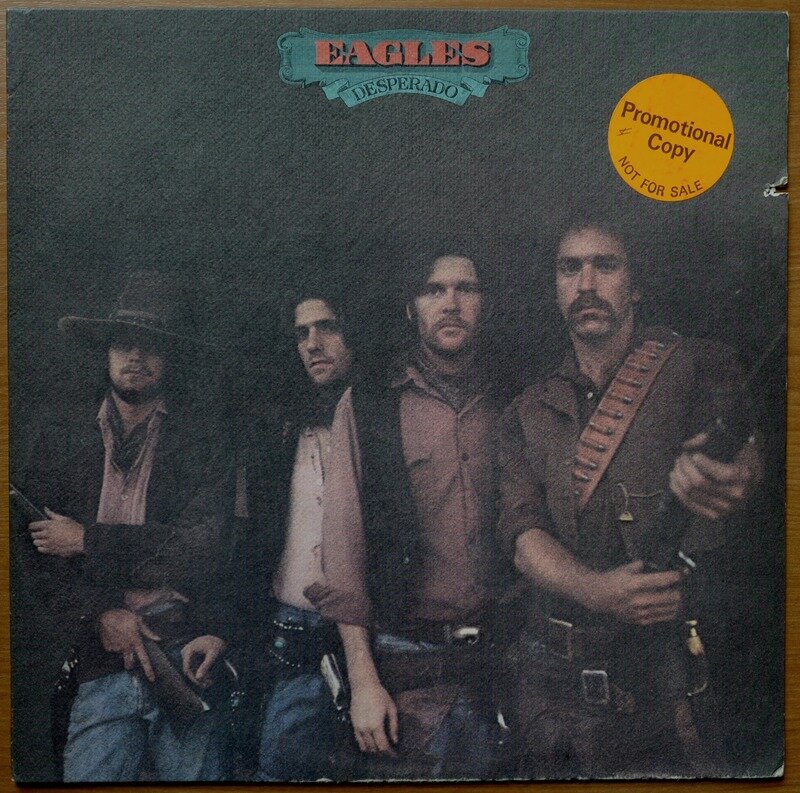 "Desperado" is the second studio album by the American band the Eagles. It was recorded at Island Studios in London, England and released in 1973. The songs on "Desperado" are based on the themes of the Old West. The band members are featured on the album's cover dressed like an outlaw gang; "Desperado" remains the only Eagles album where the band members appear on the front cover.

Although the title track is one of the Eagles' signature songs, it was never released as a single. The song "Desperado" was ranked number 494 on Rolling Stone's 2004 list of "The 500 Greatest Songs of All Time". The album did yield two singles, though: "Tequila Sunrise" and "Outlaw Man". Those two singles reached number 64 and number 59 respectively. The album reached number 41 on the Billboard album chart and was certified gold by the RIAA on September 23, 1974, and double platinum on March 20, 2001.

"Desperado" was the last Asylum Records album to be distributed in North America by Atlantic Records (catalog no. SD 5068), prior to Asylum's mid-1973 merger with Elektra Records by Asylum's, Elektra's and Atlantic's parent company, Warner Communications.

[Verse 1]
Seems like a dream now, it was so long ago
The moon burned so bright and the time went so slow
And I swore that I loved her and gave her a ring
The bluebird was high on the wing

[Verse 2]
The years brought the railroad it ran by my door
Now there's boards on the windows and dust on the floor
And she passes the time at another man's side
And I pass the time with my pride
What a tangled web we weave?
Go around with circumstance
Someone show me how to tell
The dancer from the dance