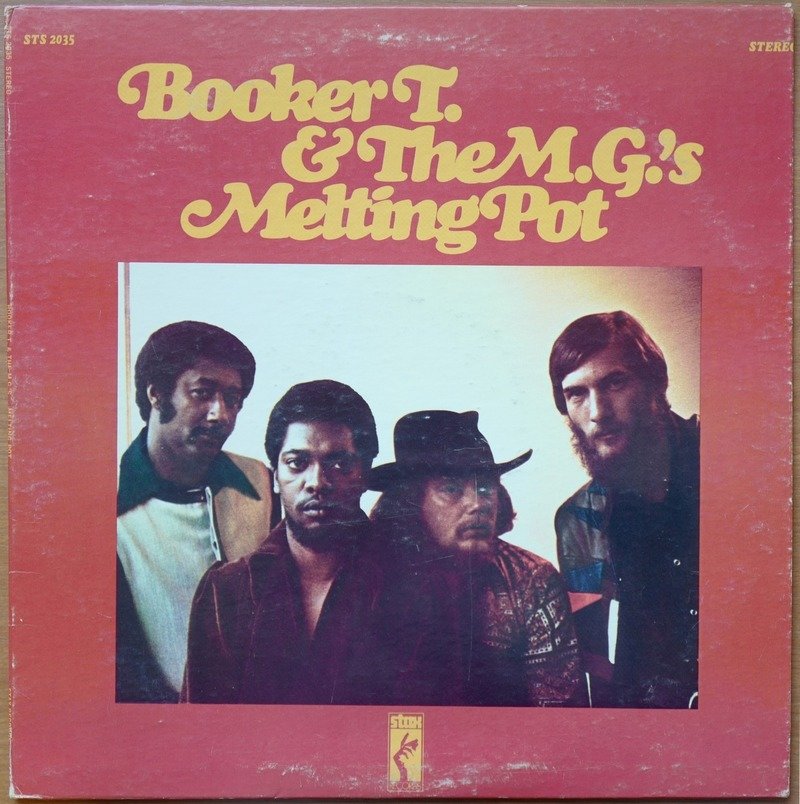 "Melting Pot" is a 1971 studio album recorded by Booker T. & the M.G.'s for Stax Records. It is the last album to feature the group's classic lineup of Jones, Cropper, Dunn, and Jackson and the first of their albums to contain longer, jam-oriented compositions.

By 1970, bandleader/keyboardist Booker T. Jones had become estranged from Stax, as he protested the changing atmosphere under the leadership of executive Al Bell.Jones left Memphis, Tennessee, where Stax was headquartered, and moved to California while guitarist Steve Cropper, also dissatisfied with the new Stax atmosphere, opened his own studio in Memphis, spending less and less time at the Stax studio."Melting Pot" was recorded in New York City, between M.G.'s gigs, as Jones refused to record in Memphis and wanted the band to create a different sound for the new album.