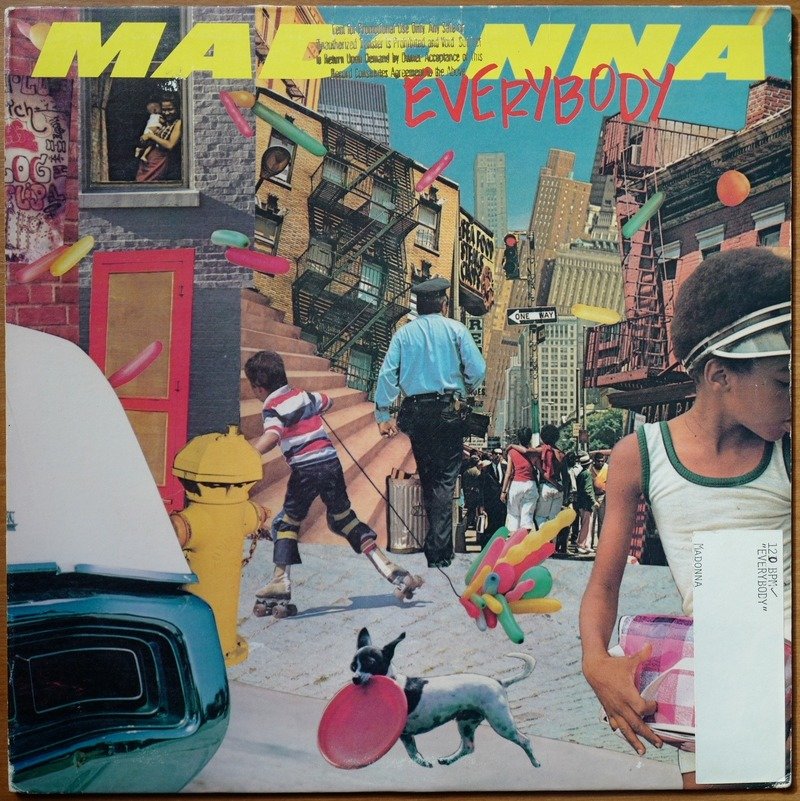 "Everybody" is a song by American singer Madonna from her eponymous debut studio album Madonna (1983). It was released on October 6, 1982, by the Sire label as her debut single. Madonna had recorded a demo of the song with Steve Bray. She urged DJ Mark Kamins, who played at her dance club, to play it. He was impressed by the song and took her to Sire Records, who signed her for a two-song deal. However, after the recording of the two singles was over, Sire executive Michael Rosenblatt was not interested in the other song production and decided to release only "Everybody".

By incorporating R&B infused beats in the music and not including her image on the cover artwork, marketing for the song gave the impression of Madonna as a black artist. That impression did not last long as Madonna would later convince Sire executives to shoot a music video for the song. The low-budget video directed by Ed Steinberg showed Madonna and her friends in a club singing and dancing to the song. The video helped to further promote the song and Madonna as an artist.

Critically, "Everybody" did not receive any acclaim and failed to enter the official Billboard Hot 100 chart. It did, however, appear on the dance charts. The song helped Madonna achieve her first appearance in a dance magazine.

[Spoken:]
I know you've been waiting, yeah
I've been watching you, yeah
I know you wanna get up, yeah
Come on

Come on, take a chance
Get up and start the dance
Let the D.J. shake you
Let the music take you

Dance and sing, get up and do your thing [repeat 3 times]

[chorus, repeat and fade]
(Dance and sing, get up and do your thing) [in background]